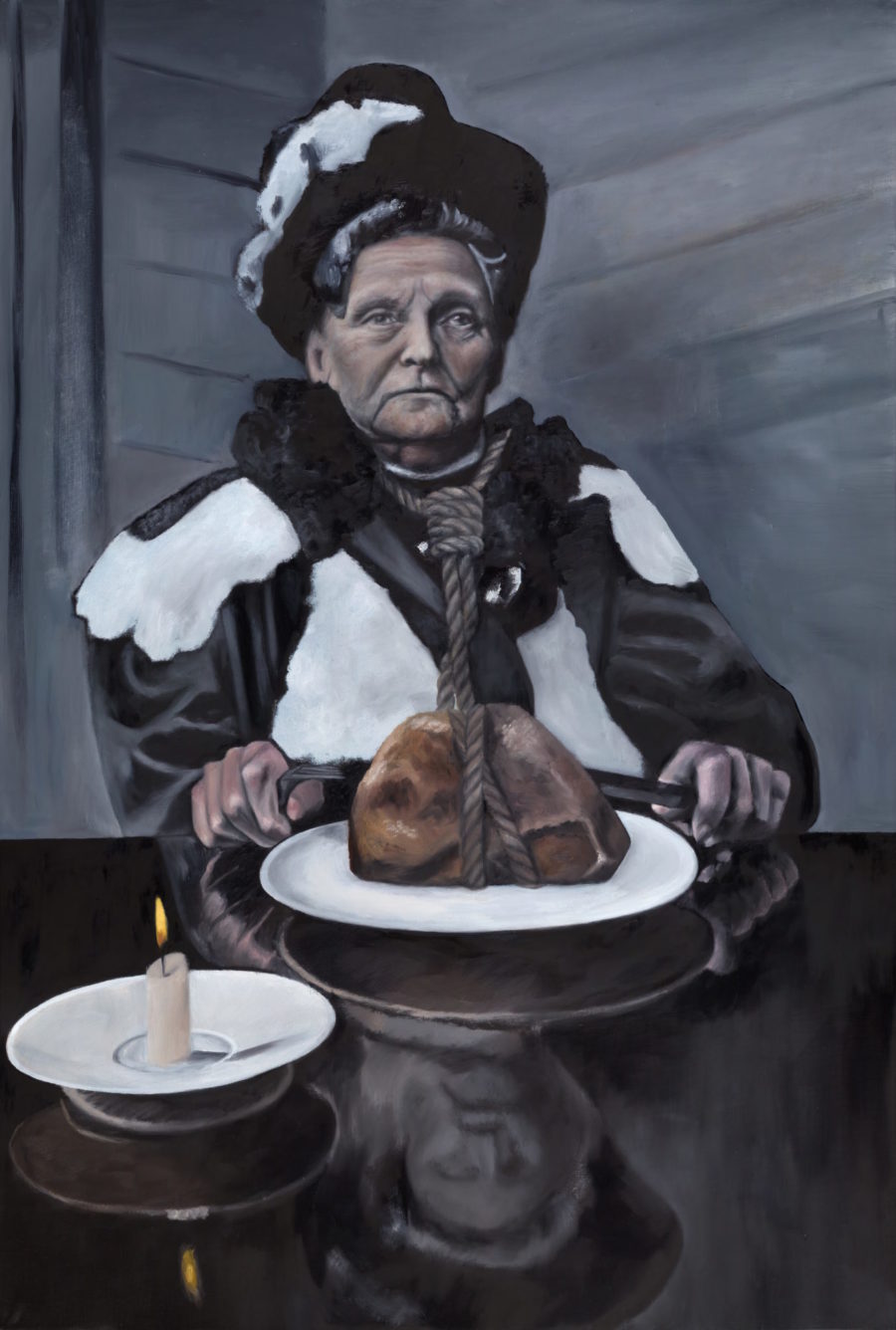 Henrietta Howland Green, known as the Witch of Wall Street, was the most successful and wealthy american businesswoman living in the Gilded age. She was also known for being ridiculously greedy. There have been many legends about her extreme stinginess like the one about the black dress she’s wearing here. That was the only dress she had. And to avoid “wasting” water and soap she only washed its hem. Henrietta is having a huge stone for dinner, with a rope attached to her neck as a symbol of her life burden. Another legend says that she always had stones in her purse in case she had to dine out. She threw them into her meal and didn’t pay for it. 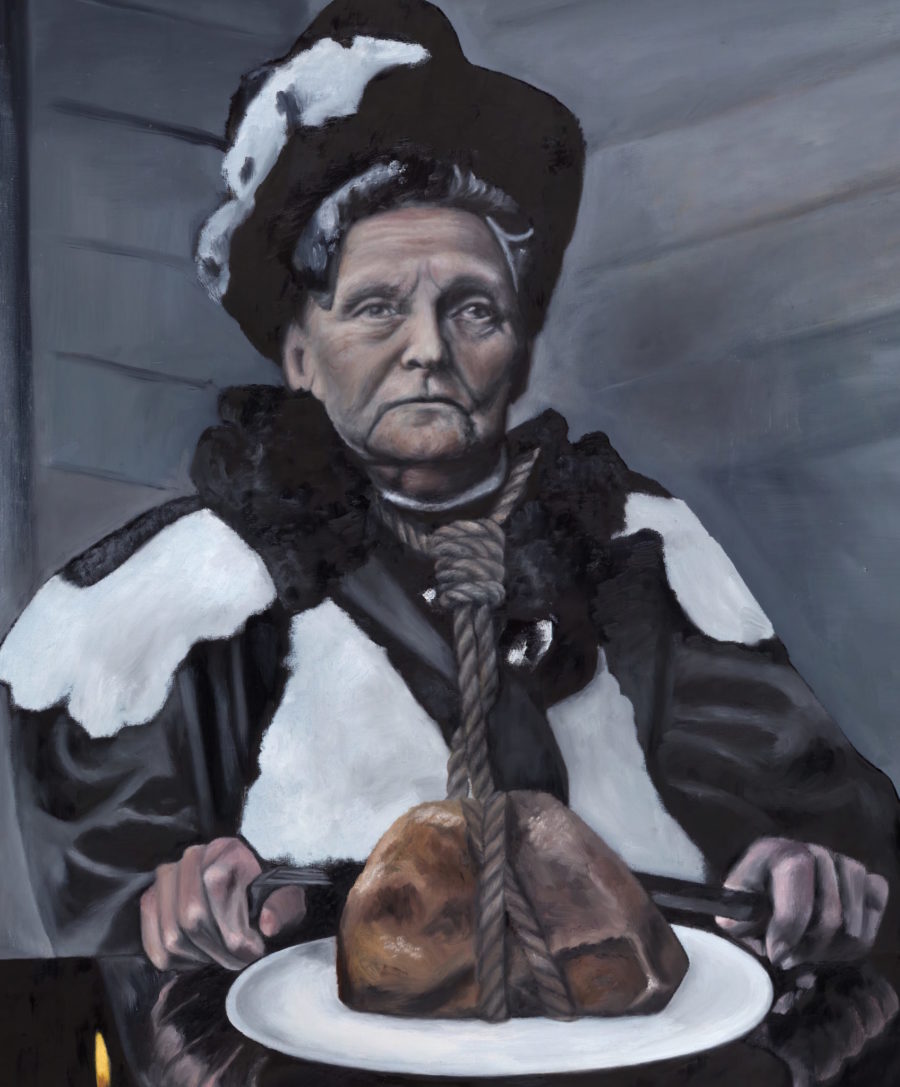 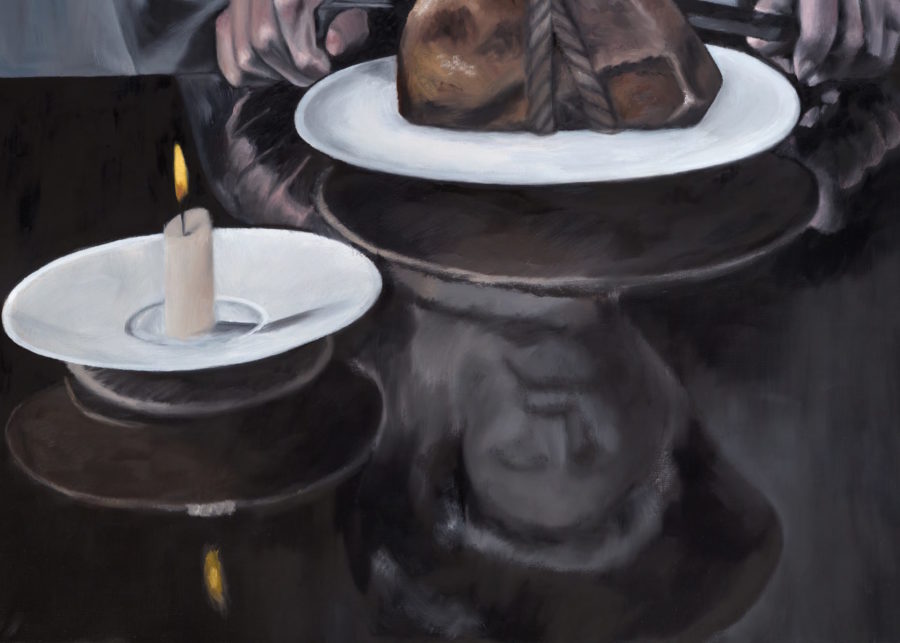 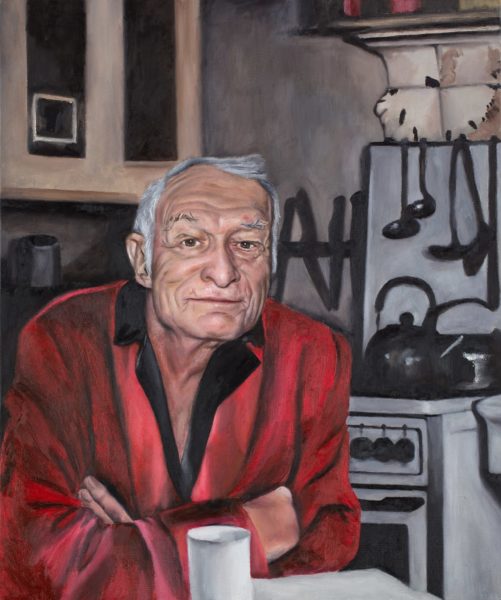 Portrait of Hugh Hefner — «Hefner in the kitchen» 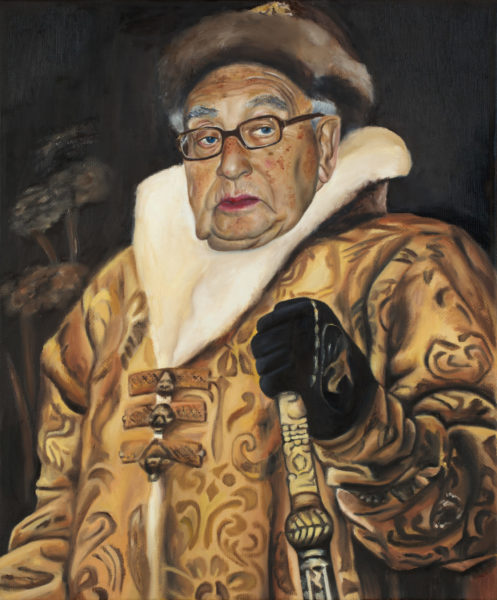 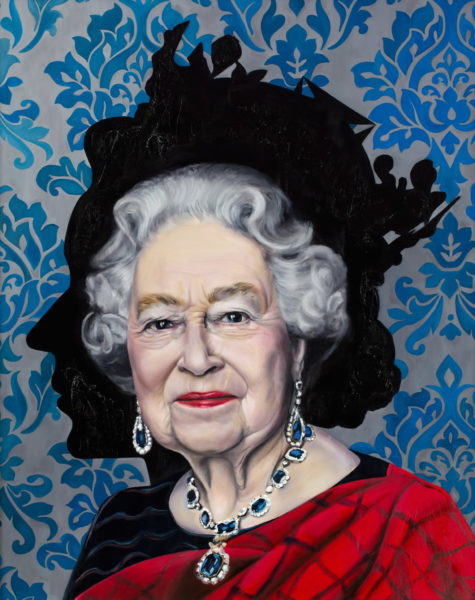 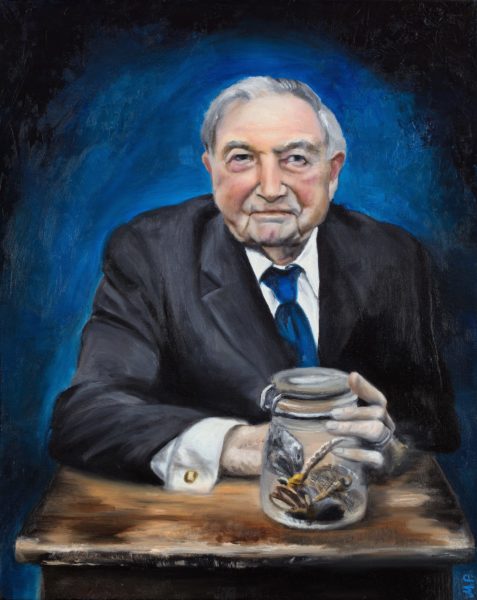